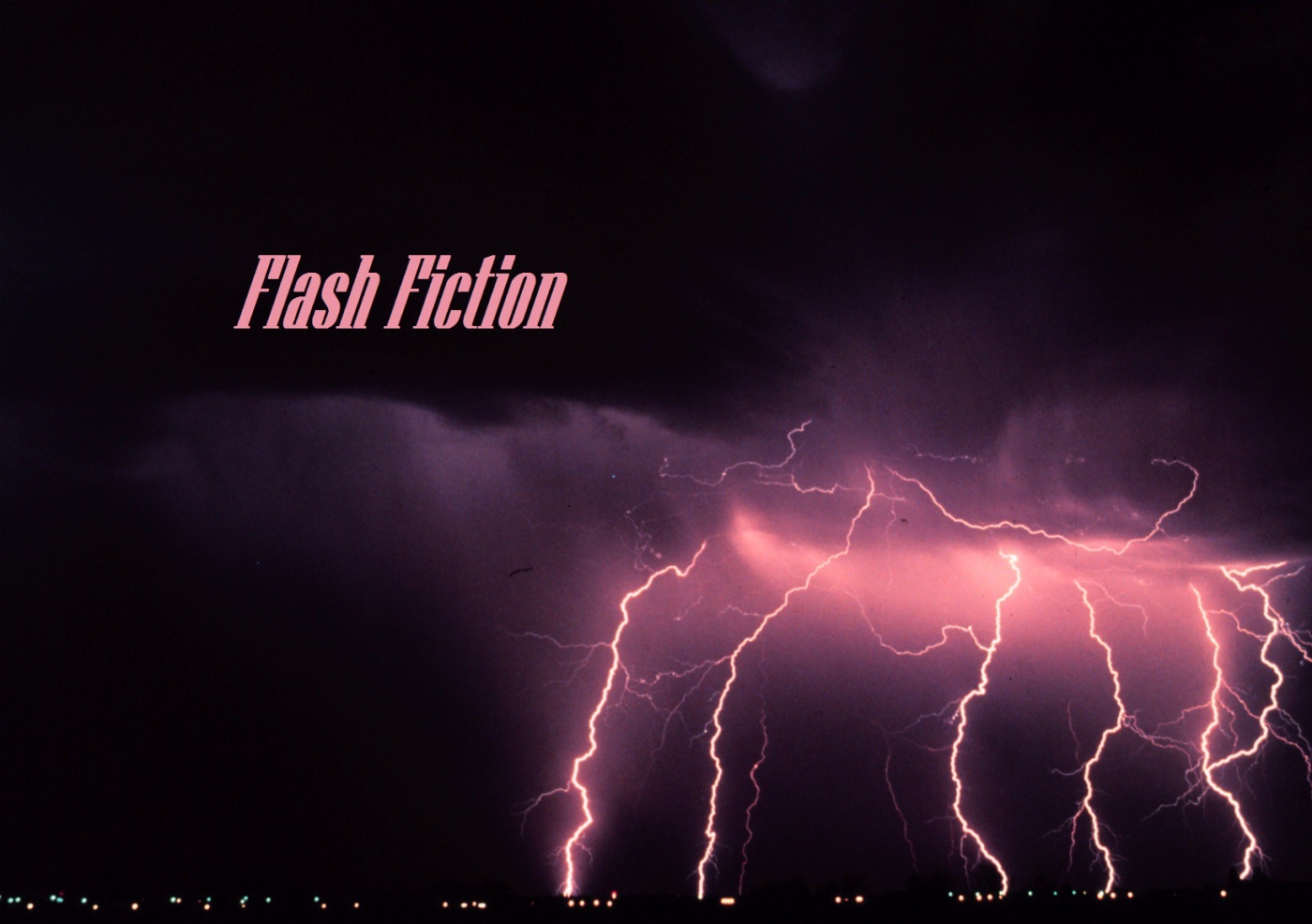 This week’s Flash Fiction Challenge over at TerribleMinds had random Five Word Titles, with the rules of 1500 words. Two stood out to me: “Someone’s Dragon is Double-Parked Outside” and “I Shouldn’t Have Swiped Right.” If I had done the Swipe one, it was going to be a Vampire story, but since the previous one popped out first, I rolled the vampire into this one. Enjoy!

Someone’s Dragon Is Double-Parked Outside

“Look man, I just need someone to move it.”

The boss was pissed. I could see steam rolling off of him, which meant he was getting close to boiling. Literally.

I turned to the bar crowd once again.

“WHOEVER’S GOT THE ORANGE, IRIDESCENT DRAGON DOUBLE-PARKED OUTSIDE, MOVE IT! We can’t get the delivery truck out… ya know, the one you roped your hunkous beast beside!”

“Cool it, horned boy,” a sultry voice answered. A woman stepped forward from one of the far back tables, a deep red liquid filling the glass in her hand. “It’s mine. I got it.”

I couldn’t help but eyeball her. First, I didn’t like her attempt at insult- I’m a Satyr, thank you very much. Second, she glided across the floor, a perfect mix of Elvira and Jessica Rabbit, and soon, this marvelous concoction was right in my face.

“Vamps don’t do dragons, and Dragons don’t dig Vamps. Any other archaic folklore you want to recite to me?”

“It’s a favor for a friend,” she sneered, though she showed her fangs the entire time, making it an odd smile.

I couldn’t help but be entranced. “O– okay.”

She moved for the door. Every person in the bar seemed to watch her go. One look over her shoulder, a single note of a laugh, and a smile.

I was in. Hook, line, sinker. I followed her to the door.

She tossed her velvety-black hair over her opposite shoulder. “I got him here, I think I can get him gone.”

I fumbled with my apron. I opened and closed my mouth several times, hoping something- anything- would come to me. I needed her to move, but didn’t want her to go. Before I could say anything, a few loud voices took over.

“Stolen property ain’t a good look on you, Vampire.”

The woman snapped her head around as she shifted up onto the dragon’s back. I followed her gaze. Men- or beings close enough to pass for men- all clad black leather, poured out of an alleyway across the street.

“You wanna just return what ain’t yours? Or are we gonna have to do this the hard way?”

As the gang approached, I recognized the emblem on all their vests: a scythe’s head, slicing through a black and red background. The black was dotted with blood.

The woman kicked at the dragon’s sides, making it roar awake from a sleepy stasis. “I don’t have time for explaining. Either hop on or get gone.”

I don’t know what I was thinking, climbing onto the back of a damned dragon with a strange Vampire.

I held on tight to small, spindle-like protrusions that erupted from its spine as we took to the air. “We’re not gonna outrun them for long,” I shouted into the wind, hoping she could hear me, “they’re friggin’ angels. They can fly!”

“You think I don’t know that?” She hollered back. “Filcari, lose them!”

The dragon pushed higher and higher, great gusts of wind pushing against its massive wings as we tore through the sky.

I made a face at the back of her head. “Steal the dragon? Thought it was a friend’s.”

“It didn’t belong to them or Thanatos, dammit. They stole it first. I stole it back. For a friend.”

Oh fuck. Here I was, on the back of a twice-stolen dragon, and Thanatos himself was… why didn’t I just stay my adventurous ass at the bar? Being fired was the least of my worries. “You better have one hell of a friend.”

Filcari leveled out, catching the slipstreams and effortlessly gliding through the sky. I couldn’t help looking down; Satyrs weren’t exactly known for being off the ground. Still, I didn’t see anyone following us.

“I didn’t get your name,” I hollered out.

“It may as well be Deep Shit at this point, she said turning to me. Her fingers rubbed against her lips, fidgeting with the ends of her fangs. “But it’s Maria.”

Maria, you’ve gotta see her, I sang to myself with a sheepish grin. “I’m Tomlin.”

“Suiting for a Satyr.”

I couldn’t tell if she was being sarcastic or not.

“Well Tomlin, what made you climb aboard?”

“Uh…” I stammered. I expected to be asking the questions, not answering them. “You… seem like you needed help, and-”

“That’s not a lie! …entirely!” I quieted. “I mean, you’re gorgeous, and hello, dragon. And then you needed help.”

“You know this makes you an accomplice, right? Against the God of Death?”

I gulped. “Yeah, wish I had known that before I got on. So who’s this powerful friend, and where are we headed?”

I cocked my head to the side. “That’s not what I asked.”

Suddenly, the sun blinked out of the sky, like a light bulb on its last bit of life. Filcari roared in the dim light.

“Shit,” was all that Maria said.

I looked around, desperately searching for anything to make sense of it. “What?”

Filcari came to a crashing halt, his body seemingly hitting an invisible wall. Stunned, he lost his lift, and we plummeted for a short, terrifying moment before its wings caught wind again.

A voice suddenly filled our ears.

“Maaaaarrrrriiiiiiiaaaaaa,” it breathed in a tone so deep it reverberated in my chest.

Maria held her head high, watching clouds swirl above us. “It wasn’t yours!”

“It will not do to steal from Gods,” it replied slowly.

“Maybe if you’d keep your damned hands to yourself!”

All at once, a storm crashed overhead, clouds and lightning and massive gusts of wind knocking our only means of living out of the air. Filcari took a dive, its head swinging left and right, searching.

I don’t think it saw the mountain before we crashed into it.

Maria and I both were flung from its back, slamming into each other, then the ground. I was dazed, but conscious– I couldn’t tell if Maria was breathing. I tried crawling towards her and the beast, only to be knocked away by some invisible force.

“You have meddled enough, Satyr,” the voice, suddenly closer and clearer, stated clearly. “Unless you desire your soul to be taken as well?”

I desperately looked around. My head already spinning. I saw no one.

“The Dragon was payment for her clan’s debt.”

“She wasn’t yours to take away!” It was Maria’s voice filling the air this time. She was trying to stand, and though I could hardly see it, a hand held her down.

Thanatos had barely taken corporeal form, but he was dark and menacing all the same. His features were sharp and jagged edges, and long gray hair flowed from his head. His body was clad in armor so black it was hard to see the designs that marked his chest.

“And it is not your place to stand against a god,” he replied plainly.

“Maybe we’re tired of being pushed around,” Maria growled, “maybe we’re sick of paying tithes to tyrannical monsters like you!”

“I, a monster?” Thanatos laughed, his voice strong in the oncoming winds. “And what of you, pretty thing? You feed on those lesser than you as well, yet I alone am the monster? Your kind made an accord with me long ago; this is how you keep shielded from the eyes of Gods who would wipe you from the Universe.”

I was struggling to comprehend it all.

“Then maybe it’s time to raise a little hell.” Maria’s head was down, still kneeling at the feet of Thanatos, but I could see a feral smile between locks of hair.

Like a crack of thunder, suddenly dozens– hundreds?– of roars filled the mountainside. I covered my ears and shoved myself back towards a small overhang of dirt. Overhead, wings beat against ground and sky, shaking the very earth.

Dragons of every shape, size, and color blotted out the sky. They swirled over Thanatos and Maria, creating a whirlwind of movement.

For the first time, I saw a god look slightly afraid.

“Hey Satyr,” Maria called over the roar, “ever heard of Dracula? We don’t all turn into bats.”

I hope you guys enjoyed this story! If you also participated in the challenge, send me your links! ‘Til next time, stay thirsty.

2 thoughts on “Flash Fiction: “Someone’s Dragon Is Double-Parked Outside””