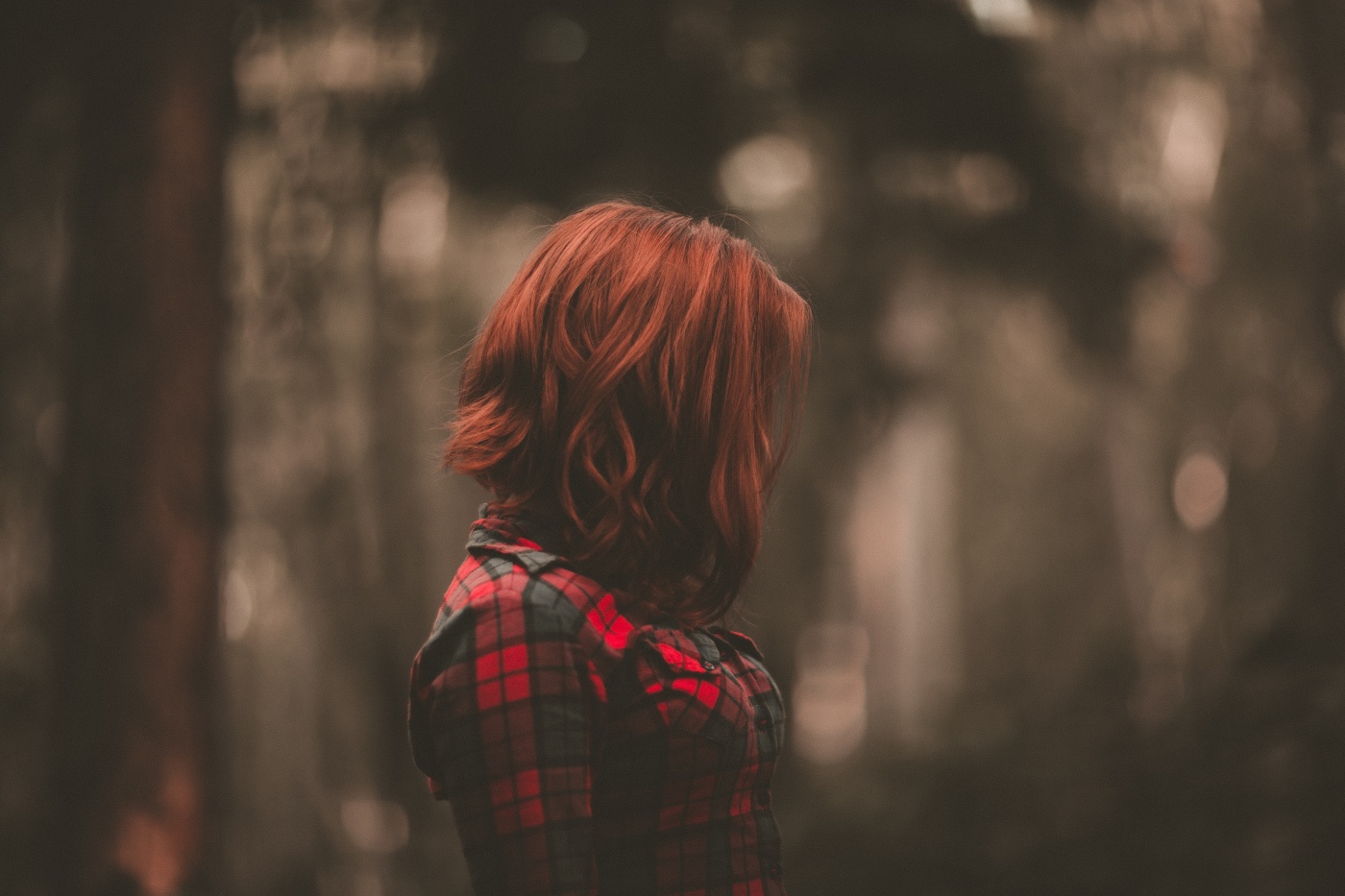 Today’s post is going a little off the beaten path: it’s not about writing! Instead, it’s about being a person, and the identity we attach to various aspects of ourselves.

You might be thinking, “Whoaaaa there,” in your best McCree voice, “where did this come from?”

Since I was fourteen years old, I have (for the most part) had pixie-cut, fiery red hair- at fourteen, I figured out who I was, and that I had a home in Rock and Roll with all the other amazing misfit kids. It was an “Ohh, there you are, Peter” kinda moment.

I proudly and brazenly wore my attitude in my hair, and I felt electric.

Since then, I’ve chased every color of the rainbow in hair, let it grow out, and inevitably hacked it all back off in lieu of what had become my signature look.

And recently, that signature look has been killing me.

Earlier this year, after looooong growing season (thanks to bleaching & Aqua-ing my hair too much last Summer), I donned the plastic gloves and once again slapped red coloring all over my head. It felt like obligation, like this was what I was supposed to do. Then, about a month later, I chopped off a good 7 inches of hair, back into the same old pixie cut.

(Rambling Note: Except this stylist fucking massacred my head. Growing out a pixie is already tough; growing out a messed up pixie is torture. I took pictures of ME with the haircut as reference. She still cut it against my natural lay/swoop of hair, against my natural part, making it have to be parted from the opposite side, textured it to hell, even after me giving her exact directions [because I’ve been getting this haircut for more than half my life, and stylist friends have taught me what to say]… sigh. Anyway. Back to the story.)

Maybe it was the botched cut. Maybe it was the fact that the red color looked more “natural” than I wanted. Maybe it was that my favorite bombshell red lipstick clashed badly with that shade of red, and so did every freaking red thing I owned (which is a lot when it’s your signature color). But everything about it didn’t feel good.

I thought maybe I was just going through a thing. After all, I had just finished one novella, and needed to keep moving into the next. I had public author events coming up, and was constantly elbow-deep in planning. I had all the other life things that people deal with, including a plethora of birthday parties and overdue assignments and… yeah.

But four months later? I still didn’t like the hair.

I felt undone by the creature living atop my skull. I didn’t like seeing its orange-y swath as I passed mirrors, the crooked swoop that constantly rebelled. So, I did what I always do when I feel like there’s something more going on: I Googled my feelings.

Okay, so Pete and Patrick aren’t talking about hair there, but it definitely plays into the point. Also, PUPPIES.

When we find a new thing that we can change ourselves with, we settle into it. It becomes a part of who we are, our personality and manifesto physically represented. This MTV article has a lot of good points about the psychology of this.

But when that thing becomes expected of us– “it’s what you’ve always done”– it becomes an irritating itch, a boulder, an angry mob constantly waiting for you to come back around to being the damned person you said you were.

For once in so many years, I just wanted to be a damned dark-headed brunette again.

Most of the time, I’d be lamenting over having to go dark again. “Anything but brown,” I’d constantly say. And I did it for so long that I guess the notion became my Autopilot.

So I did what any self-respecting punk kid would do: I changed my damn hair.

Yes, it’s brown. Granted, there was an irritating reddish glow in certain lights (NOTE TO SELF: USE ASH BROWN DYE IF YOU DO THIS AGAIN, GIRL. OR JUST DON’T DO IT AGAIN.), but it’s dark and it makes me feel fucking electric again.

I’m dark and beautiful. My eyes shine a totally different color against the shade. My features don’t look ruddy and my lipstick looks great. I don’t clash with myself.

(Oh, and I’m still growing out the pixie. It’s… not fun, to say the least, but I’m finally to a stage where headbands and pompadour bangs help! Let’s see if I make it to a ponytail…)

How do you guys feel about your hair? Do you feel that weird panic every time it’s time to color? Do you go natural? Does it make you crazy?

For once, there’s something beautiful to me about going back to who I naturally am. It’s a change in seasons internally, and I’m grateful for the peace. Hair is a weird creature- it’s chameleon-like properties allow us to become things we never were. But when it’s time to come back home, there’s always a light on.