Not me, my friends. Not me.

Today, I wanted to share some of my recent favorites with you guys, and see what yours are, too! In no particular order…

The Hunter’s Daughter by M.F. Lorson 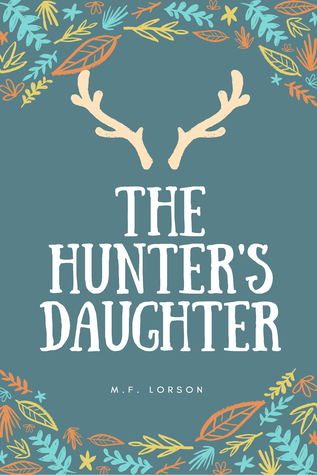 As I mentioned in my review for this one, it was an awesome escape from my normal reading. Here’s the blurb:

In the rodeo town of Pendleton, Oregon 17 year old Maura lives with her 8 year old sister and single father Mike. When Mike’s diabetes threatens to take his foot he decides to spend his final steps hunting in the Blue Mountains; leaving his children to fend for themselves.

Meanwhile, back at home Maura’s elderly alcoholic neighbor takes in his teenage grandson Alex. Before long Maura finds herself falling in love while navigating nearly 30 days entirely unsupervised. Though nothing about Maura’s summer has been easy it becomes far more challenging when Mike’s return date comes and goes with no sign of her father. Determined to bring Mike home she and Alex venture into the wilderness in search of the only real parent she has ever known. Maura has never doubted her father’s love but the deteriorating state of his health and the mental conflict that accompanies it has her wondering what she’ll do if it turns out she’s looking for a man who doesn’t want to be found.

The Marvelous Misadventures of Ingrid Winter by J.S. Drangsholt 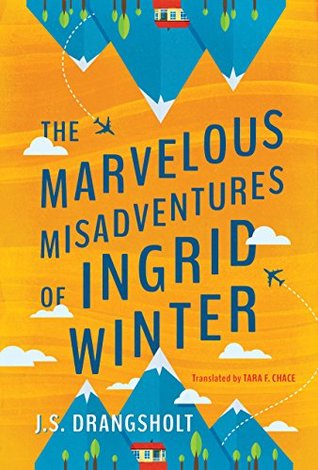 This was another read outside of my zone, and I found it to be refreshing. The plot does meander at a point, but overall, it’s a good read that keeps you wondering. Plus, we all know a lot of these characters in our daily lives. Here’s the blurb:

Ingrid Winter is desperately trying to hold it all together. A neurotic Norwegian mother of three small children and an overworked literature professor with an overactive imagination, Ingrid feels like her life’s always on the brink of chaos.

Her overzealous attempt to secure her dream house has strained her marriage. She’s repeatedly reprimanded for eye rolling in faculty meetings. Petulant PTA parents want to drag her into a war over teaching children to tie their shoes. And an alarmingly persistent salesman keeps warning her of the potential dangers of home intrusion.

Clearly she needs to get away. But Russia? Forced to join an academic mission to Saint Petersburg to promote international cooperation, Ingrid finds herself at a crossroads while drinking too much cough syrup. Will this trip push her into a Siberian sinkhole of existential dread or finally give her life some balance and direction?

Neil Gaiman has long been inspired by ancient mythology in creating the fantastical realms of his fiction. Now he turns his attention back to the source, presenting a bravura rendition of the great northern tales. In Norse Mythology, Gaiman fashions primeval stories into a novelistic arc that begins with the genesis of the legendary nine worlds; delves into the exploits of the deities, dwarves, and giants; and culminates in Ragnarok, the twilight of the gods and the rebirth of a new time and people. Gaiman stays true to the myths while vividly reincarnating Odin, the highest of the high, wise, daring, and cunning; Thor, Odin’s son, incredibly strong yet not the wisest of gods; and Loki, the son of giants, a trickster and unsurpassable manipulator. From Gaiman’s deft and witty prose emerges the gods with their fiercely competitive natures, their susceptibility to being duped and to dupe others, and their tendency to let passion ignite their actions, making these long-ago myths breathe pungent life again.

The Orchid Caper by Connie B. Dowell 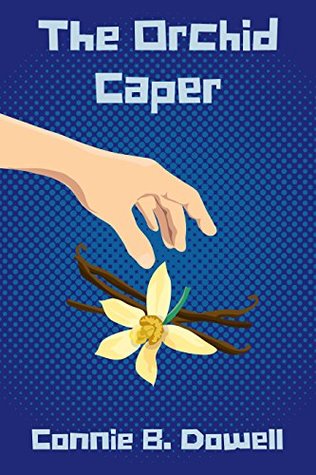 This one is silly and fun, all while having some high stakes! And farts.

A down-on-her luck burglar, a trust fund college kid with something to prove. Will they outfox a master thief?

All eighteen-year-old Darlene wants is to rob the joint. College guy Ian comes home too soon. And some ill-timed flatulence brings them together. Darlene thinks she’s toast. Instead Ian gives her a job offer, leading a heist team to steal a rare species of vanilla orchid. Only catch, she’s swiping from one of the best thieves in the biz.

With her dad’s store on its last legs, Darlene needs the cash she’ll get when the job is done. Ian’s in it to win a bet. Can their rag-tag team pinch the flower right under their mark’s nose? And can they remember not to eat beans for breakfast?

The Orchid Caper is the first in a humorous YA action/adventure series. If you love action with a sense of humor, this is the book for you. 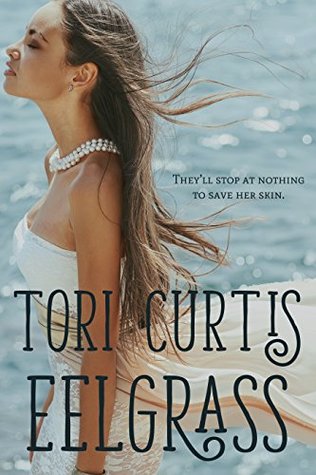 Eelgrass knocks out a lot of my Favorites List: folklore, especially of the Irish/Celtic variety; mythical creatures; diversity.

In Irish folklore, a selkie is a seal who can take off her sealskin like a coat and become a woman, seducing fishermen anywhere she goes. If he steals her sealskin, she is bound to his home, marrying him and mothering his children – unless she can find it and escape, leaving her family on shore forever.

In Eelgrass, a lesbian reimagining of tales about women and the sea, Efa is having too much fun to worry about stories. Too young to have earned respect in her village, she spends her days roving with her beautiful and vivacious best friend, Bettan — until the night Bettan disappears into a rainstorm, and Efa can’t shake the certainty that she’s been taken.

Desperate to rescue her friend, Efa seeks out the fishwives, half-human fish who dwell under the tides and kill sailors with their sharp teeth and alluring songs. She doesn’t expect to find Ninka, an outrageous young woman who makes her feel giddy and who might be the key to unlocking her own courage.