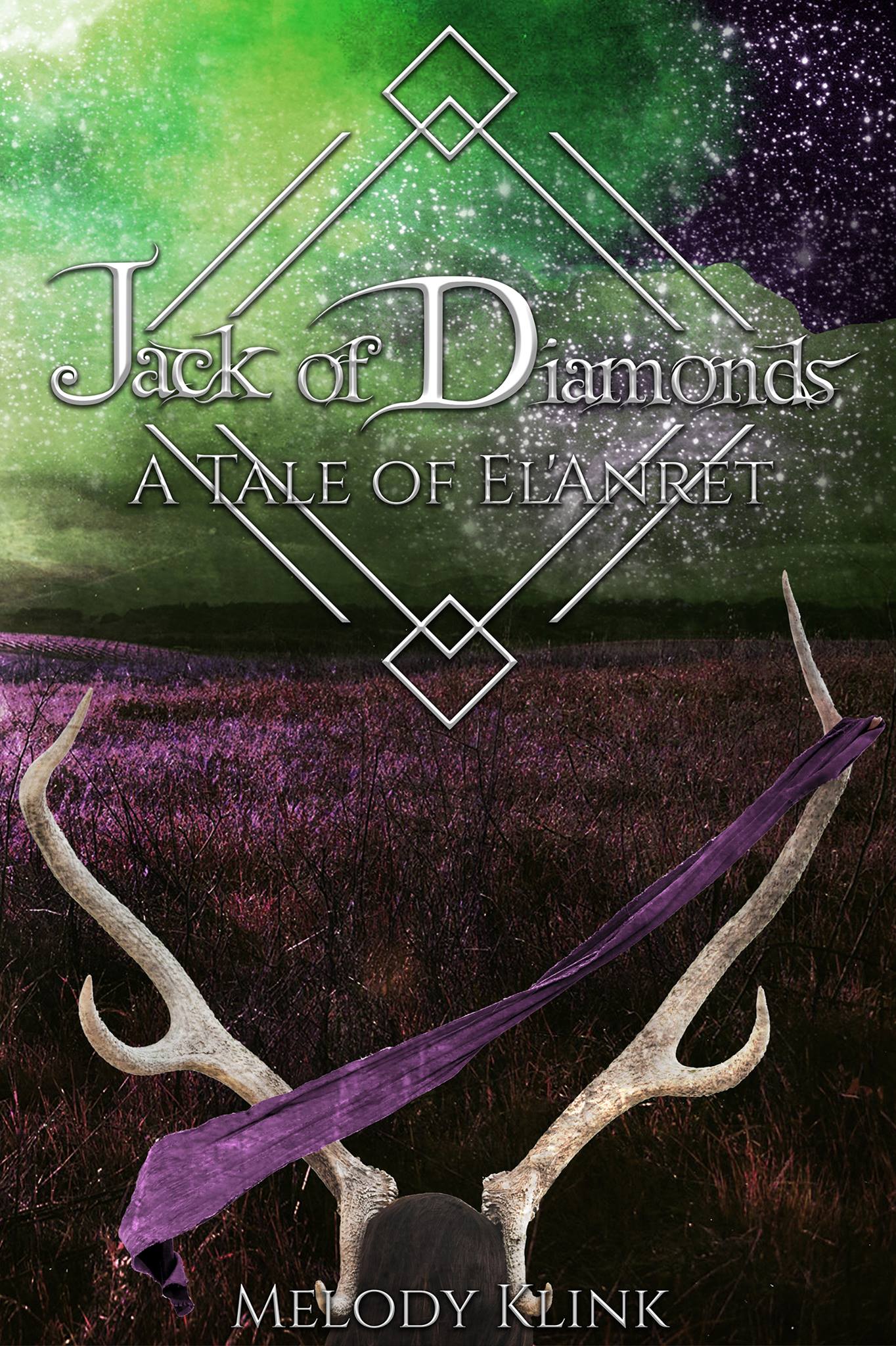 Today’s the day! Jack of Diamonds: A Tale of El’Anret is finally out in e-book format! Jack of Diamonds is the second novella in the El’Anret series, and follows Queen Hazel Leigh Mac Tire and her son, Jack, as conspiracies ignite, allies become enemies, and the world of the Fae is once again at War. This time? The war is on the mortal Queen.

The world of El’Anret has been quieter since Hazel Leigh Mac Tíre became the Faerie’s new Queen of Diamonds. With her son, Jack, in tow, she leads the land with a calm and careful diplomacy.

That is, until an unseen force shakes the very foundation of the land.

At Midsummer, a new Queen is set to be Marked. A Faeborn girl comes forth, blazing diamonds marking her arms, and what should be a day of celebration turns the entire world of El’Anret against their mortal queen. No sooner than her diamonds appear, the girl is kidnapped, and a single clue is left in her wake: a missive, written in blood.

Time is not the only enemy Leigh faces as she seeks to rescue the girl and set things right. The entirety of El’Anret hunts her and her family, believing that she intends to keep the throne from the rightful heir. In the midst of chaos, Jack disappears, becoming a fabled creature all his own.

A storm is brewing— one that no one, human or Fae, might survive.

I’m so excited to share this next part of Leigh’s story with you all! Jack of Diamonds is available at all e-book retailers. I’ll post links below as they populate: